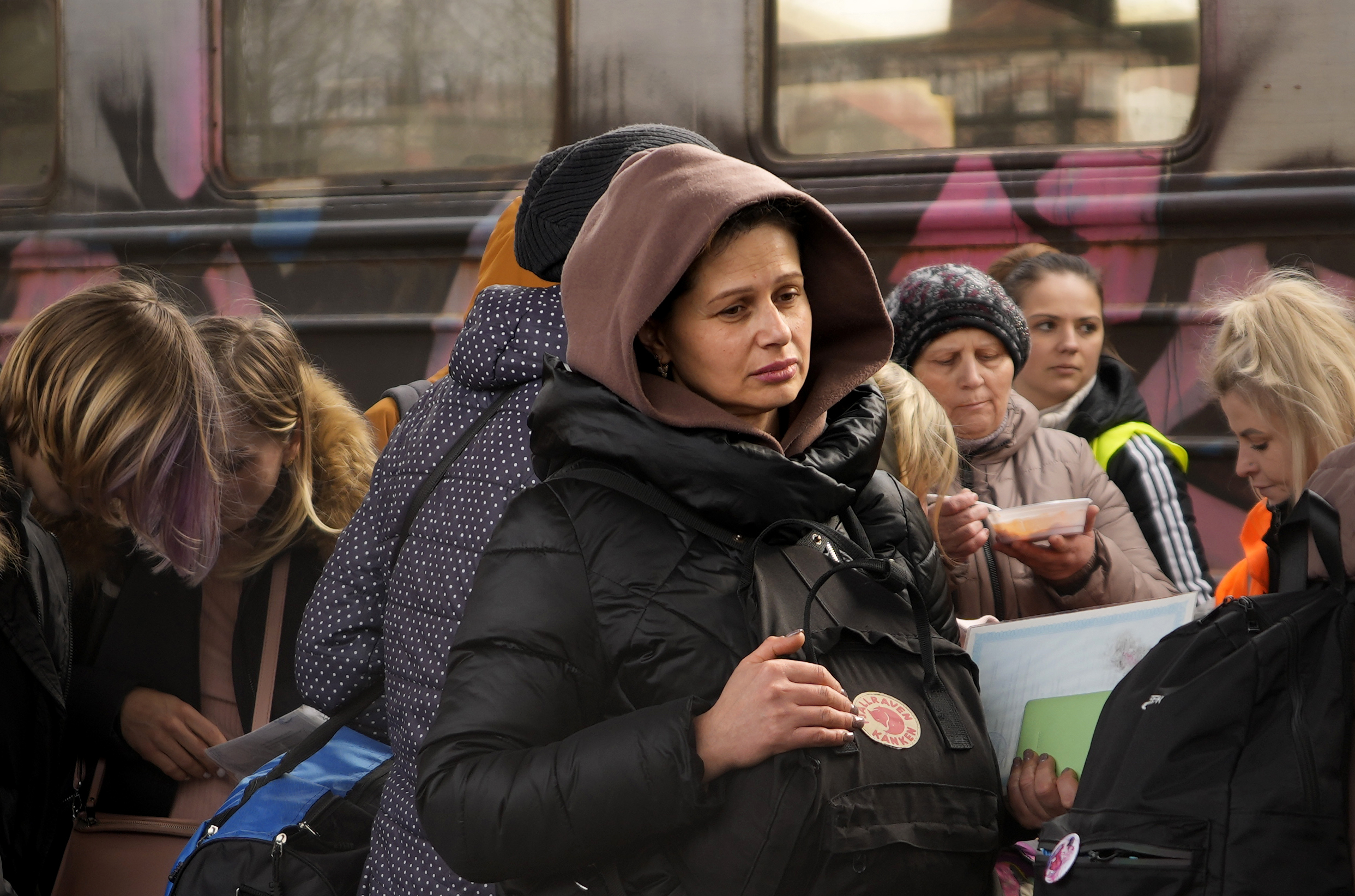 Russia's invasion of Ukraine has forced more than a million people to flee the war from Ukraine.  The arrival of about 1.3 million Ukrainian refugees in Poland is bringing a question on how many refugees and asylum-seekers the country will accept.  In one week, they accepted more than 2% of Ukraine's 44 million population, according to the United Nations refugee agency, UNHCR. The operation has gone relatively smoothly thanks to an enormous mobilization of volunteers near and far who have gone to the borders to help some from as far away as the United States.  The European Union decided to grant people fleeing Ukraine temporary protection and residency permits. EU Migration Commissioner Ylva Johansson said millions more were expected to move into the 27-nation European Union countries and would require shelter, schooling and work. The U.N. refugee agency already predicted the war could produce up to 4 million refugees.  Poland, a neighboring Slavic nation where many Ukrainians have settled in recent years for work, has received the largest single group of refugees so far with many being taken in by relatives or Polish friends. The refugees also head for Ukraine's other western neighbors, some moving on from there to countries like Italy and Germany, where many Ukrainians live.  In all cases, authorities and volunteers have met exhausted people at border crossings after bus and train journeys that take days. They serve food to the newcomers or guide them to shelters  and sometimes take strangers into their own homes. They are taking in orphans and treating the sick in hospitals, including children with cancer who have been evacuated to hospitals in Poland.  IECC will be sending volunteers to Poland to help Ukrainian refugees and work with local organizations, and UNHCR to help them settle in Canada.